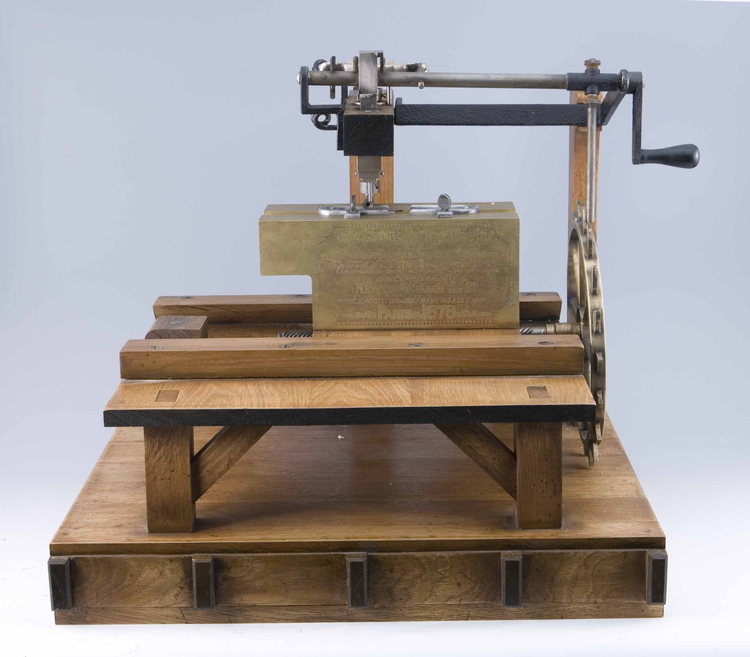 This is a sewing machine replicated in reference to the first sewing machine patent officially recorded and obtained by Thomas Saint, a furniture manufacturer in the United Kingdom, in 1790. His idea had not been exposed to the public eye for decades due to wrong categorization by the patent office and was not commercialized after all. The replicated machine was exhibited at the Paris Exposition of 1878.