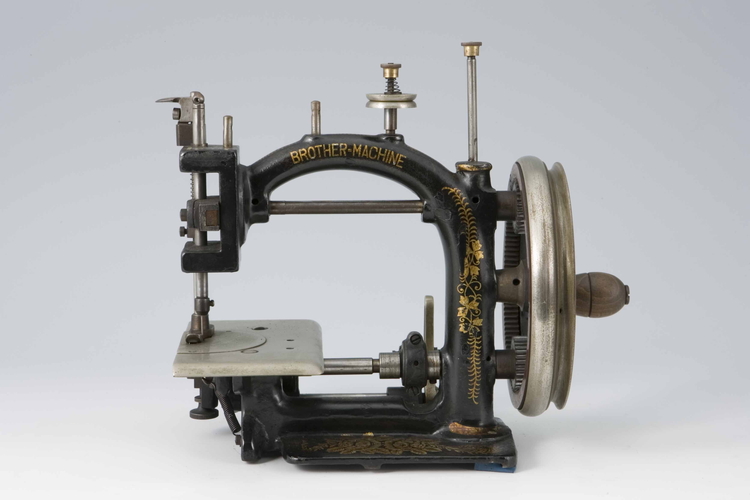 To realize the manufacturing of Japanese-made sewing machines, the founding brothers worked on the production of chain-stitch sewing machines for the production of straw hats as their next step after the production of hydraulic presses. This sewing machine launched in the third year of the Showa era was named “Sho-san-shiki”. However, the Chinese character name was not considered to be sophisticated, and “Brother” was chosen as its trademark to represent the accomplishment attained by the founding brothers’ cooperation. It was recognized as a product that represents the significant achievement in the development history of mechanical engineering in Japan and certified as a “Mechanical Engineering Heritage” item by the “Japan Society of Mechanical Engineers” in 2007.