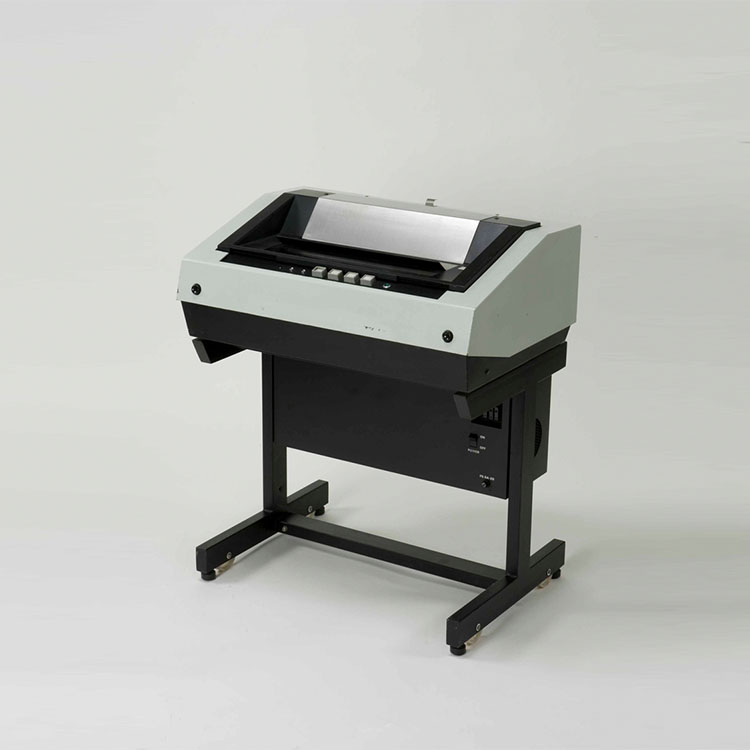 Along with the popularization of small computers in the computer market, demands for printers to be used with such computers were growing. Under this circumstance, Brother developed a high-speed dot-matrix printer in conjunction with Centronics Data Computer Corp., an American venture company. Although some people in Brother strongly opposed the idea of printing by using dots instead of types equipped in typewriters, the management took into account the general versatility of a high-speed dot-matrix printer and the potential of its graphic application feature, and decided to promote the joint development project for the future. The technological innovation related to this printer project prompted the development of mechatronics products at Brother.