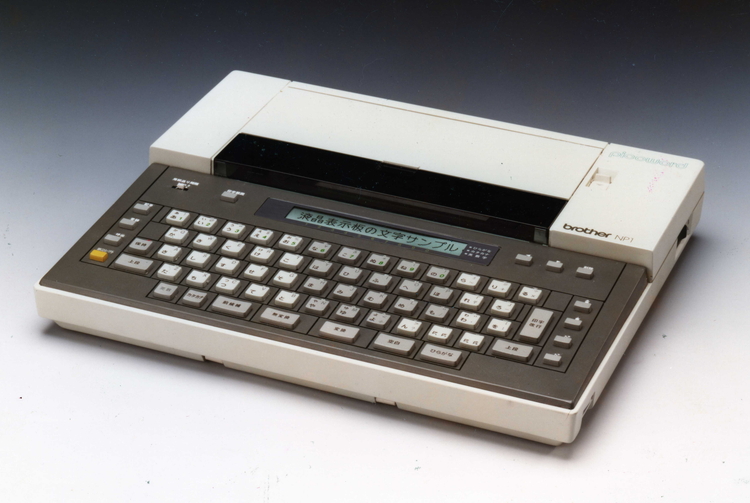 In 1982, Brother launched the “EP-20”, the world’s smallest electronic printer with a full keyboard. Applying the printing method used in the EP-20, Brother then launched the “Picoword”, Japan’s first personal-use Japanese word processer. This product, which was the only Japanese word processor sold at less than 100,000 yen, attracted a great deal of attention as a precursor. After that, however, the entry of leading manufacturers of home electrical appliances and information processing products to this market intensified development and marketing competition and forced Brother to withdraw from the market in just a few years.